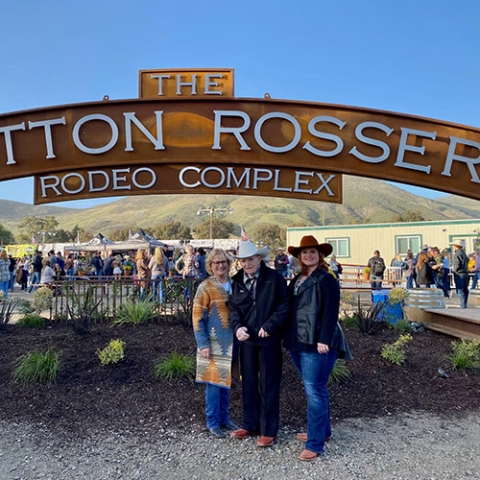 Cotton Rosser (Animal Husbandry, ’52) is credited with helping to establish the annual Poly Royal Rodeo event at Cal Poly. While at Cal Poly he served as the captain of the Rodeo Team and won the All-Around and National Saddle Bronc Championship. In 1956 he purchased the Flying U Rodeo Company and since then his name has become synonymous with rodeo. Rosser is known for his innovations, introducing crowd-friendly components that are now standard in the sport. He has been inducted into the Professional Rodeo Cowboys Association Hall of Fame, awarded an honorary doctorate from Cal Poly in 2013 and in 2015 was elected to the Hall of Great Westerners at the National Cowboy and Western Heritage Museum in Oklahoma City. He is a consistent and enthusiastic supporter of the Cal Poly Rodeo Team and a key reason that the team enjoys such a prestigious reputation today. 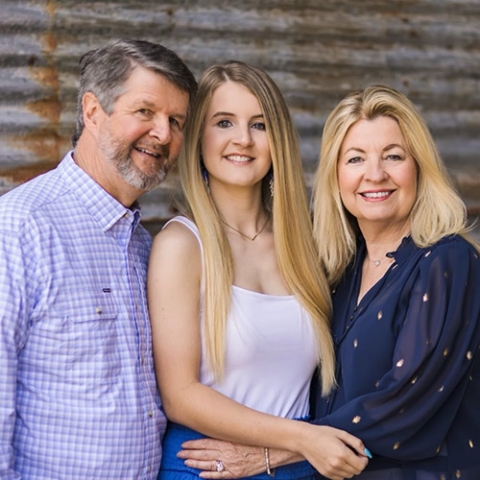 The $5 million Cotton Rosser Rodeo Endowment honors his distinguished dedication to the sport while supporting the future of the Cal Poly Rodeo program. Robert Durham and his wife Cheryl, whose daughter Anna Grace is a first-year agricultural business major, donated to the endowment. “When deciding on colleges, we looked at a lot of schools across the country,” Durham said. “Until we found Cal Poly, the schools we looked at either had good academics or a good rodeo program, but not both. Cal Poly was the only university with great academics and a great rodeo program. Coach Ben Londo and the team have built a community that stresses commitment, hard work, teamwork and responsibility—both in academics and in the practice arena.”

Anna Grace said that in the program she has not only been able to continue her passion for rodeo but become a part of a lasting community of people who she can depend on as friends, mentors and teammates. “To have someone who cares about our success in the classroom just as much (if not more than) our accomplishments in the arena holds us to higher standards and motivates us to work hard and stay committed to being the best we can be at all times,” she said.

Durham added: “We are donating today to preserve the legacy of the rodeo program. If it’s good for students like our daughter Anna Grace now, we want it to be good for students to have the same opportunity in the future.”

Funding for the Future of Learning: In 2009, 11 innovative industry leaders and philanthropists came together to form the Learn by Doing Endowment to support the college’s renowned tradition of excellence.

The Future of Organic Agriculture

Grimmway Farms Donates $5 Million to Cal Poly College of Agriculture, Food and Environmental Sciences to Establish the Center for Organic Production and Research.

A Thirst For Good

BioResource and Agricultural Engineering (BRAE) students re-fabricate a water drill that will be used in developing nations.

Learn by Doing Takes Root in the Oceano Dunes

The Horticulture and Crop Science Department was awarded a four-year, $820,000 grant in December 2019 to help restore native plant habitat at Oceano Dunes.