David Aaker is a legend in the field of marketing, so much so that he has been called “the father of modern branding.” He’s authored multiple books and countless articles on this subject and was inducted into the American Marketing Association Hall of Fame in 2015.

Currently, he serves as vice chairman at Prophet, a consulting firm and agency specializing in branding, marketing, design, analytics and innovation. He is also professor emeritus at the Haas School of Business at UC Berkeley. In addition to these accolades and accomplishments, when it comes to Cal Poly, he gets to tout perhaps his favorite one: He’s the proud grandfather of a current student.

“Our granddaughter has always dreamed of going to Cal Poly,” he says. “She had a lot of options when she graduated high school but Cal Poly was number one.”

Aaker’s career in marketing and branding began in college when his first course in advertising sparked his interest. Later, in graduate school, he became a quantitative model builder doing statistical analysis. 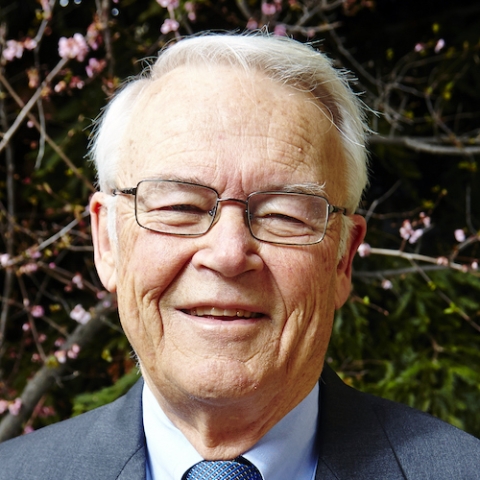 Aaker wrote his first book on branding in 1990, which helped promote the idea of brand equity — the worth and value of a brand’s name in the eyes of the consumer. This concept began to gain more traction around this time and helped create a fundamental shift in the way organizations approach the role of marketing.

“It changed what marketing did and changed who did marketing,” Aaker says. “Now, marketing and advertising, instead of just being a middle management functional area that could be delegated, became strategic, and marketing got a seat at the executive table. There is a chief marketing officer or VP of marketing now on almost every executive team.”

With his background in business strategy, it’s no wonder that Aaker applies a rigorous framework to his other endeavors, including his philanthropic and charitable giving efforts. His approach to giving, he says, is similar to his approach to managing an investment portfolio.

“Too many people give almost nothing or very little,” Aaker says. “And the people who do give are too easily directed into ad hoc things — a friend’s favorite charity or a local fundraiser. A philanthropic budget, no matter how small, can be similarly managed as a portfolio. Your total expenditure is how much you want to give to charity as a whole, and then within that you systematically determine which areas or causes you want to give to.”

Education happens to be one of the philanthropic areas that Aaker is dedicated to supporting, specifically access to higher education for young people who come from disadvantaged backgrounds. “Access to education is one of the root causes of inequality,” he explains. “Children are growing up in communities with underfunded schools, with little home support and with a culture that turns them away, starting in middle school, from even the aspiration of college or even the realization that it is an option.”

With his granddaughter attending the university, Aaker has become a Cal Poly donor and was excited to find a program on campus that relates to one of his core philanthropic portfolio interest areas.

“To me, Cal Poly always stood out as the state university with the strongest sense of mission, culture and brand, with a practical side of teaching,” he says. “Then, when I learned about the Cal Poly Scholars program — that’s exactly the kind of thing I was looking for.”

The Cal Poly Scholars program was born in 2012 out of an effort to ensure that underrepresented students receive the support they need to be successful at Cal Poly. It is a dynamic, university-wide effort that is geared toward undergraduate students who come from low-income backgrounds and provides them with financial, academic and community resources.

The program helps students to build a personal support network, foster an inclusive community of fellow scholars and develop knowledge and skills for success in college and beyond. Cal Poly Scholars live together in an interdisciplinary student community, creating one of the most culturally diverse living-learning experiences on campus. The program also provides an annual scholarship, a 2-year living-learning community for incoming freshman, workshops and advising to support student development and retention and credit towards a personal technology package.

Aaker decided to support the Cal Poly Scholars program as well as meet with students informally from the Orfalea College of Business about issues around branding and marketing. When it comes to higher education and formal business training, he says he feels the true value comes from helping students see the larger picture.

As to whether he has any thoughts for his granddaughter and her peers before they embark into the workforce, he has a couple pieces of advice.

“There are two things that businesses are looking for today, and if you by any chance have the ability to learn one of them, then you’ll have a better chance of getting that first job. One is social media. The other is analytics. I had a CMO of a major company in the Bay Area say to me recently that if they were to start a new company, their very first hire would be an analytical expert — that would be the role they would fill before hiring anyone else because you need people who can deal with big data, do statistical analysis and model building. Employers are always looking for people who have talent, who have a strategic eye, who can write and communicate, work in groups and can get things done, but those two areas are especially needed now.”