Jason Maas (Mechanical Engineering, '88) is a Cal Poly Baseball and engineering alumnus. He was drafted out of Cal Poly to play professional baseball and is now paying it forward with his support of Cal Poly Athletics. He attributes his professional success, in large part, to Cal Poly Baseball’s demanding program alongside a grounding academic foundation. Even though Jason soared as a professional athlete, his beginnings were rooted in academics, which laid a solid footing for his post-baseball career.

Maas’s initial interest in Cal Poly stemmed from the well-known College of Engineering. Accepted as an aeronautical engineering student, he also pursued his interest in baseball. With each passing year, Maas developed as a student-athlete while continuing to divide his attention between the challenge of collegiate baseball and a new major, mechanical engineering. As an outfielder, Maas utilized his athleticism to gain attention from professional scouts, which ultimately led to the New York Yankees selecting him in the 1985 Major League Baseball Amateur draft.

“To be an NCAA student-athlete at any level is similar to full-time employment," he said. "Such job candidates elevate their resumes to the top. While I didn’t go directly into engineering after graduation, it’s nearly impossible imagining getting to where I am today without that Cal Poly foundation.”

Maas’s success was a result of grit and hard work from a then-Division II program that recruited top talent but lacked necessary resources and equipment. Some of his most vivid memories involved playing away games at Division I stadiums and walking away victorious. That proved to the big-name universities that Cal Poly Baseball was not to be underestimated. He also fondly remembers times with his teammates, but wishes they had facilities like we have today at Baggett Stadium. 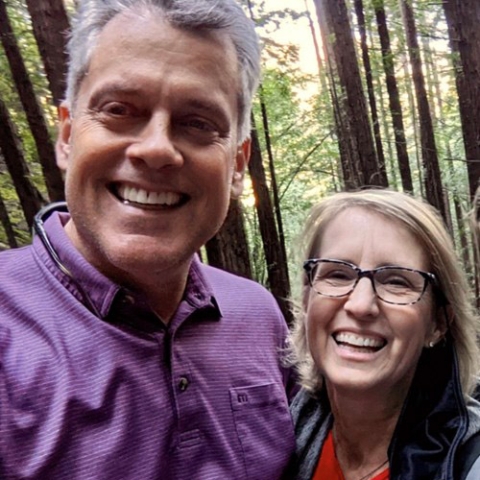 Maas notes that during his tenure, there was no home stadium with a field locker room where the baseball players could bond. Their available locker space was temporary and underneath Spanos Stadium, a drive away from their home field at Sinsheimer Park Baseball Stadium. With no clubhouse, training or academic study facilities, the experience lacked a true home base for the student-athletes to connect off the field.

Now, Maas is determined to pay it forward and create a more integrated experience for the Baseball Team. His efforts, along with other dedicated Cal Poly supporters, helped create the Dignity Health Baseball Clubhouse we cherish today.

“The opportunities afforded to me by Cal Poly, both as a student and as an athlete, set the foundation and propelled me to further educational and professional endeavors after graduation," he said. "But, it wasn’t just the ending, it was the journey. I love Cal Poly and strongly encourage all of us to support an institution that provides its students the brightest future.”

Maas is grateful for his mechanical engineering degree from Cal Poly, which paved the way to a Master’s in Business Administration degree from UCLA after his professional baseball career. He notes that without the engineering degree and the student-athlete experience at Cal Poly, he would not have been able to transition into postgraduate education and the working world as seamlessly. The combination of a STEM education from a renowned institution alongside playing experience on a team sport opened many doors.

Supporters like Maas understand the value of a Cal Poly student-athlete’s experience and contribute so others can benefit in an even better way than they did. He notes that it has been wonderful to reconnect with the Cal Poly administration, athletic department, and baseball program over the past several years, working together to improve university athletics that have provided for both alumni and the Cal Poly community.

“What is so special about the Cal Poly experience is its people and enduring relationships," he said. "It’s hard to imagine any achievements without recognizing those who believed in us along the way. For me, it was baseball coaches Berdy Harr (Cal Poly Athletics Hall of Fame) & Steve McFarland (1989 DII National Championship and NBC World Series Hall of Fame), and Professor Jack Wilson (ME Department Head) to name but a few. My wife and I are paying it forward to maintain and grow that legacy. All our lives are better by supporting a place like Cal Poly.”

This former three-year captain of the Cal Poly Softball team sets an example for current players both on and off the field.