When Robert Sakamoto (Electronic Engineering, ’57) attended Cal Poly, his drive to build a better future helped him overcome many obstacles. Out of eight siblings born to his immigrant parents, Robert was the only one to complete a college degree. Working on a local farm to finance his education while attending a full-time program was challenging, but he knew the opportunities ahead would make the effort worthwhile. 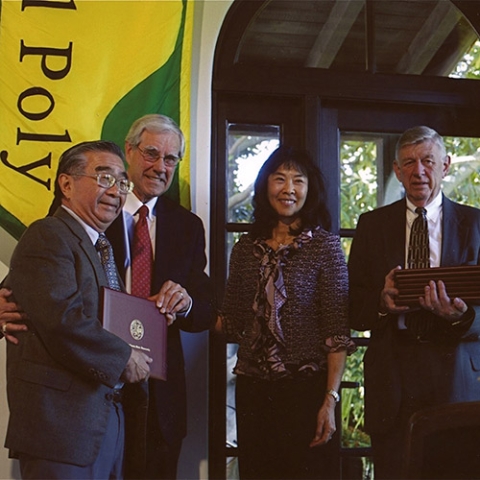 After all, Robert’s older brother Frank had not been as lucky. Frank had completed one year of a Cal Poly engineering degree when he was forced to leave school and sent to a World War II Japanese internment camp. Frank would later receive an honorary Cal Poly degree and leverage his single year of college to land a skilled draftsman position, but Robert had set his own horizons even higher.

Robert had a successful engineering career for many years after earning his degree. He passed down his love of learning, and the opportunity to attend Cal Poly, to his children John (Electronic Engineering, ’91), Julie (English, ’92) and David (Industrial Engineering, ’96).

In honor of Robert’s legacy, John and his wife, Kristina, are now supporting two Cal Poly Scholars in the College of Engineering.

“I want to repeat success stories like my dad. He had a chance to go to a four-year university and improve the standard of living for his family, and I feel I’ve done the same,” John said. 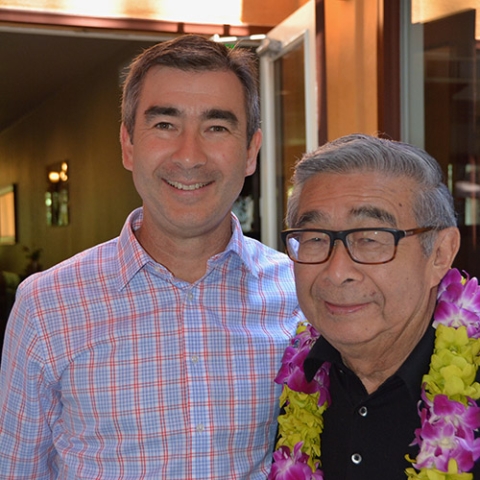 John sees how Cal Poly’s hands-on education has impacted his own career and wants to share the same opportunities with high-achieving students from low-income backgrounds.

“There are a number of reasons why people are disadvantaged,” he said. “Giving them opportunities and lowering the barrier to higher education is really important, and a big part of the barrier is the finances.”

The Cal Poly Scholars program provides an annual scholarship, a two-year living-learning community for participating students, and workshops to support development and retention. John learned the life-changing value of education by his father’s example, and the John Sakamoto family is continuing that tradition by helping students who face similar obstacles to reach their full potential.

IBM Executive Bill LaFontaine Wants to Inspire Others Who Have Benefitted from Cal Poly with a $50,000 Matching Gift