KCPR, Cal Poly's student operated on-campus radio station, has been a staple of culture, music, and news serving Cal Poly and the San Luis Obispo area since 1968. During KCPR's current Pledge Drive, alum Len Filomeo (Electrical Engineering, '75), Chief Engineer for KCPR in the 1970s, offered his thoughts on the impact his time at the station had on his life and career, and why he continues to support the station so many years later.

What was your favorite part about KCPR?

"Covering the Poly Royal. We sent an engineer and a journalism student out [to] the various places around campus and had them report back from the field on interesting events, like the tractor pull. They would use their two-way radios to do live reports while we were on the air. We also would cover live events that occurred at Mott Gym and University Union after dark. We did this all day Friday and Saturday. I went to bed about 3 am on Saturday. I woke up about 9 am on Sunday morning and I realized we really accomplished something." 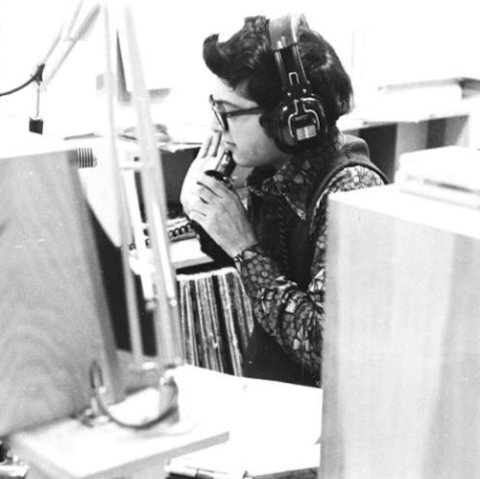 "For the first time in my life, I felt that I worked with a team of really great people who really did great things. I never really experienced a feeling like that before. It was very empowering. Even though at the time, I was still learning to have a position at KCPR, I felt a sense of empowerment that I hope that other students would also feel. That’s really hard to achieve this through academic classes alone. I think that’s what KCPR can offer."

"Finally, when I graduated, I really felt that I found a model for how I want to live my life. That experience, that three or four years at Cal Poly and particularly working at KCPR, if you augment what you learned in class with what you can learn by doing hands-on and learn by doing thing – it’s not just a cliché. It actually works."

Why did you choose to donate to the pledge drive?

"I donate to KCPR to offset the cost of expanding the station’s online streaming. Living in San Diego, I depend on the online stream to follow KCPR and stay connected to the Cal Poly community on both my computer and my mobile phone. The online stream underwent a major upgrade in 2018 by adding extensive title, track and artist data to the stream’s user interface and expanding KCPR's reach through Alexa, Google Home and iHeart Radio. But the expanded online streaming is not free, so I donate enough during the station's annual Pledge Drive to help pay for it."

Why do you think the Pledge Drive is important?

The Pledge Drive helps KCPR’s alumni stay connected to the station. For many of us, KCPR was an empowering experience that built a network of friends that would last a lifetime. With our alums spread all over the state and around the country – staying connected was a real challenge. KCPR's online stream and its social media channels are helping the station's diaspora to stay connected and the Pledge Drive is an annual opportunity for us to stay involved with the station.

"Over the past year, we have been able to hear how the students are working together to sustain their news and entertainment programming, through the pandemic, using remote technology that our donations helped to fund."

How did, if at all, KCPR help or prepare you for your career trajectory? 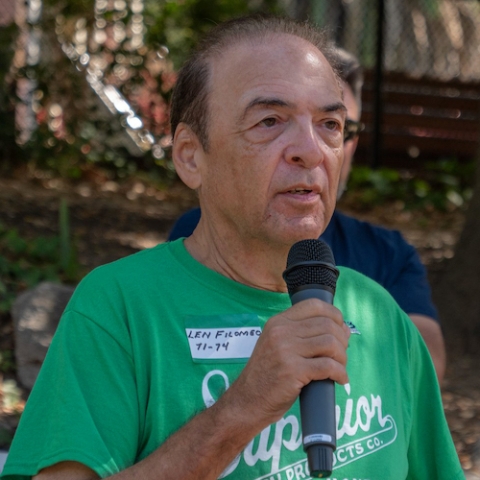 "In 1973, I went to work at KATY Radio. It was a big stepping-stone because it got me a job in commercial radio where I had real responsibilities. KCPR gave me the opportunity to meet more people and led to me getting a job at KCOY TV and get hands-on experience at a television station, while I was still [in] my fourth year at Cal Poly."

Anything else to add?

A lot of us support KCPR because we still see ourselves as helping to build it.

"When KCPR was founded in 1968 there was no guarantee that it would continue. However, it proved to be miraculously resilient and survived on the sheer ingenuity and resourcefulness of the Cal Poly students who built it and kept it running for generation after generation – long after the initial wave of FM radio’s popularity broke and finally rolled back. In response, KCPR is expanding into other media and it feels great to help keep student radio thrive and remain independent."

"There have been times in the past, 1976 comes to mind, and probably 1986 and 2015 as well, when the KCPR staff underwent a significant turnover. Sort of like pruning a tree. That’s all students really need to excel – a chance to grow. We are looking forward to seeing KCPR bloom when in-person classes resume in the Fall."