Skip to main content
College of Architecture and Environmental Design

Planning for an Inclusive Future

When Abby Weizer was looking at colleges, she knew she wanted a supportive community. That’s what led her to Cal Poly, and the Cal Poly Scholars program. The program, which seeks to support and retain high-achieving California students who come from low-income backgrounds by providing financial, academic and community resources, was life-changing.

“The community created by the scholarship has been immensely helpful for me,” said Weizer, a second-year city and regional planning major from Roseville, California. “It’s given me a great working environment that is much better for me than my home environment, as well as a more ‘normal’ college apartment experience during COVID-19.” 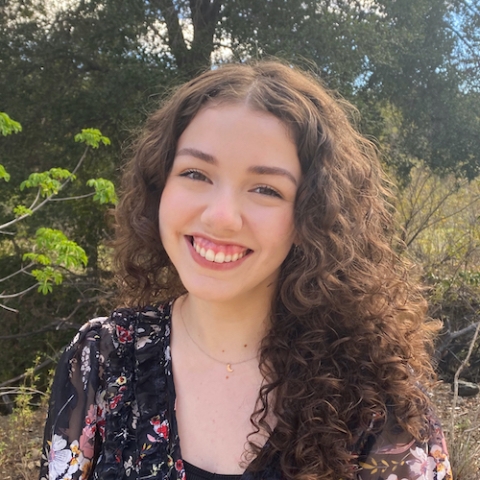 The financial support Weizer received through the Cal Poly Scholars program was provided by College of Architecture and Environmental Design alumni Geoff and Heather Bradley (City and Regional Planning ’92).

“When I went to Cal Poly, you could work for five or six dollars an hour for twenty hours a week and pay for your own schooling, but that’s just not possible now since the cost of school has gone up way more than the minimum wage,” Geoff Bradley said. “I saw (Cal Poly Scholars) as an effective way to give students a comprehensive financial aid package.”

The Bradleys, who founded Metropolitan Planning Group (M-Group) in 2006, are now creating an endowment via Cal Poly Scholars, called the M-Group Cal Poly Scholars Fund. The $75,000 endowment will help city and regional planning majors in the program while advancing diversity, equity and inclusion in the planning field — and Abby is the first recipient.

“The goal is to make sure that the City and Regional Planning Program is as diverse as possible and reflects the population of the state of California, since these people will be serving their communities,” Heather Bradley said. “We felt that this was a missing link at Cal Poly, and the fund is a good way to address that by promoting first-generation students.”

M-Group has a reputation as a socially responsible firm that delivers innovative and effective planning solutions throughout the Bay Area. In that spirit, the Bradleys wanted to do their part to contribute to a more diverse, inclusive and equitable field for the planners of tomorrow.

“Up until recently, the planning profession has been populated by mostly white people and men,” Geoff Bradley said. “In the long term, we hope that the fund is able to generate a more diverse pool of planners.”

The Bradleys’ support has been invaluable in alleviating some of Weizer’s external stressors, allowing her to focus on her education. Once she graduates, she hopes to pursue a career in the private sector of urban planning in California — and bring her unique perspective to the role.

“Without my Cal Poly Scholars award, I would not be receiving my world-class education at Cal Poly, nor would I have met so many great people,” Weizer said. “I always feel supported by the Cal Poly Scholars program, and I am very thankful."

“Coming to Cal Poly was one of the best decisions I have made, and all of that was possible because of Geoff and Heather Bradley’s kind generosity and support.”

College of Architecture and Environmental Design

College of Architecture and Environmental Design