As a teenager, Bill LaFontaine (Metallurgical Engineering, '85) worked at a grocery store over 20 hours a week, knowing his family, with limited income and five children, wasn’t going to be able to pay for his college tuition.

“My father told me early on that if I was going to go to college, I would have to figure it out,” LaFontaine said. “When I was a senior in high school, I got a $250 scholarship from the local Rotary Club. In 1980, that was enough to pay a year’s worth of tuition!”

Now a successful executive at IBM, LaFontaine hasn’t forgotten how helpful that support was – especially since his father was out of work at the time. And now he has stepped up his support of Cal Poly’s Materials Engineering (MATE) Department with a $50,000 matching donation. The gift, which coincides with the department’s 60th anniversary, will help the department build several new labs, including a classroom dedicated to teaching students to use advanced software for modeling materials, a new electron microscopy lab, a laboratory for advanced materials manufacturing, and a new facility for developing conductive and chemically functionalized fibers.

“Materials engineering equipment is vital to the education of Day One Ready engineers,” said Trevor Harding, chairman of the department. “But that equipment is costly both to purchase and maintain.”

LaFontaine, IBM’s general manager for intellectual property, said the MATE program helped him be practical, which, in turn, has helped him deal with practical challenges in industry.

“The Learn by Doing approach teaches one to deal with what is real, not what is ideal,” he said. “That realism is how I think about most problems that show up on my desk. Having the experimental background, I know to question the source of the data that a decision is being made on.”

LaFontaine chose Cal Poly for a practical reason – he knew the university’s Learn by Doing approach would help him land a career.

“As the oldest of five kids, I knew I needed a degree that would result in a job and that I was on my own regarding my future,” he said.

While at Cal Poly, LaFontaine began working for IBM as a co-op student, which helped finance his tuition. After earning his Cal Poly degree in 1985, he went to Cornell University. Upon earning his doctorate from Cornell in 1990, he returned to IBM and began to rise within the company. 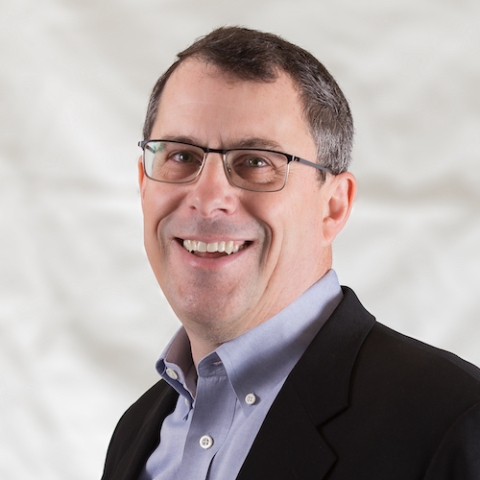 After holding numerous management positions at IBM, LaFontaine is now responsible for delivering more than a billion dollars annually in joint development, technology transfer, patent licensing and government income. He was recognized as having one of the largest jobs in the corporate patent world and he’s maintained IBM’s status as the leading recipient of U.S. patents for 28 consecutive years.

As a result of his success, he has been able to pay for his two sons to attend college. And, with his children grown, he also began thinking of ways to contribute more to the Cal Poly MATE Department.

“He also has joined the MATE Department’s External Advisory Board, where he hopes to work with other board members and alumni to encourage more philanthropy and industrial support,” Harding said.

“All of us have benefitted one way or another from our stay in San Luis Obispo, and we can help with extending the legacy of the Learn by Doing approach, which is as relevant today as it was 40 years ago when I showed up on campus,” LaFontaine said.

“Having been from a lower income family, I know what financial help, a job or grant can do to turn a dream into reality,” he said. “When I went to Cal Poly, it was possible to get a degree with some debt. That left the doors open for everyone. Now, the cost of college has exceeded a person’s capacity to earn enough working part time and summers.”

While he has seen many changes on campus since he was a student – there are more buildings and students, plus interdisciplinary programs – the MATE program at 60 has changed even more since it evolved out of the Welding and Metallurgical Engineering Department.

“These changes reflect both the interests of our students and the needs of industry and society at large,” Harding said. “The Cal Poly MATE Department strives to remain not just relevant but a leader in materials education throughout the U.S.”

The Sakamoto family has a long history with Cal Poly. Now they are giving back to help provide opportunities for others.