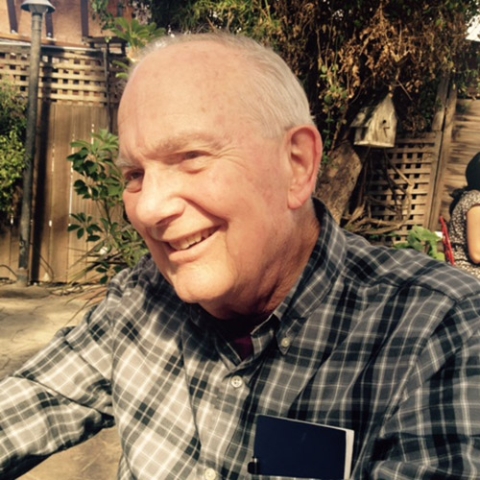 Professor Emeritus John Russell joined Cal Poly’s music faculty in 1968, teaching music theory, piano and voice until 2005. He independently created the College Singers in 1969, Cal Poly’s first vocal ensemble including both male and female voices, and co-founded San Luis Obispo’s Mozart Festival in 1971. In 1996, Russell was awarded the Cal Poly Distinguished Teaching Award. He also served as chair from 1996 to 1999, leading the music department with a quiet attention to detail and a willingness to listen.

Russell was soft-spoken yet had a natural ability to connect with students on a personal level and inspired a long-lasting love of music in many. He was highly esteemed by colleagues and students, and beloved by his wife, Carol, and two children, Kelly Trost and Bryan Russell. After he passed away in 2019, Carol, Emeritus Music Professor Clif Swanson, and former students Gary Rust and Karen Worcester (Biological Sciences, ’92) established the John Russell Scholarship Endowment. Their goal is to support future generations of music students in pursuing their passions, as Russell had supported so many.

“John had the ability to really connect with his students. Except for time with his family, he was happiest in the classroom. He spent exceptional amounts of time with his students, and his office door was always open if a student needed additional help. He was able to inspire and encourage his students to strive to reach higher expectations of themselves.” —Carol Russell 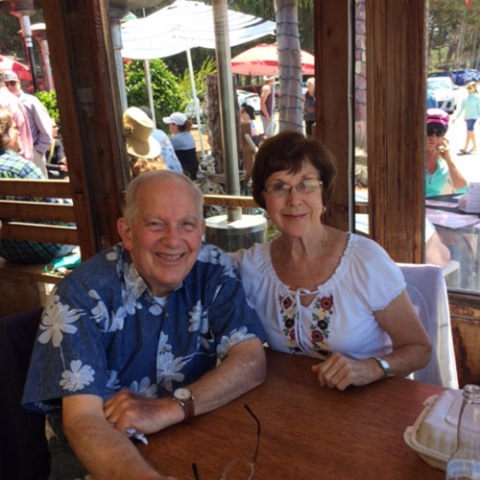 “John set a level of quality that I don’t think has ever been exceeded. He was a phenomenal conductor and set very high standards. He would record every rehearsal and take it home to take notes on what could be made better. His choruses were at a professional level. He specialized in picking people with clear voices and blending them.” —Clif Swanson, Emeritus Music Professor

"He taught me to approach music and life with passion and love. He helped me overcome fear and believe in myself as a musician, and consequently, as a young adult." — Karen Worcester, former University Singers vocalist and orchestra flutist

“The seeds for my own devotion to music were all planted in the music department at Cal Poly. In the late ’70s, the department didn’t offer a major, but the professors, including John, Clif Swanson, Ron Ratcliffe and Bill Johnson, were passionate educators who knew exactly how to provide very high-level musical experiences that have informed every aspect of my life that followed. I have traveled the world hearing music everywhere, and my own tastes and interests all stem from these early experiences. It is my hope that the endowment will give similar opportunities to present and future students, that may touch their lives in such deep and enduring ways. I can think of no better way to honor John’s legacy than ongoing scholarship to support lives filled with the study of music.” —Gary Rust, former student

With many others adding their support, the John Russell Scholarship Endowment surpassed the initial fundraising goal of $25,000, with a new goal set for $50,000. The fund will remain open for new gifts so that anyone wishing to honor Russell's memory may contribute. Just as John Russell quietly made a difference in so many lives, these gifts — both large and small — will make a difference for many students for years to come.

Alum Len Filomeo, former Chief Engineer for KCPR, offers his thoughts on his time at KCPR and why he continues to support the station.